You will find many laser marking and engraving equipment manufacturers in India and across the world who offer high-precision products. Thanks to industrial laws, that give clarity on distinct products and parts identification, as with these regulations, the technique of laser marking and laser engraving are rapidly expanding.
All of these laser machines provide a permanent marking solution and add distinction to your products.

But do you know what sets them apart?

The Laser Marking Process
Laser marking appears when the beam interacts with the surface of a material, slightly altering its appearance.

Laser marking differs from laser engraving in many ways:

The Laser Engraving Process
Laser engraving is a technique where the laser beam physically insulates the texture of the material to create a gash that reflects an image.

Although engraving is a part of laser marking, it still varies in different ways:

Another essential comparison to make is how laser engraving contrasts to traditional engraving:

Throughout the years, we at Asian Laser, a leading

equipment manufacturing company, have enhanced the capabilities of our laser machines to ensure that we can meet the distinct needs of the manufacturing industry.
To know more about us, visit Asian Laser 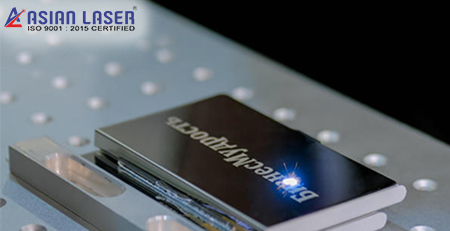 6 advantages of laser engraving machines you should know

Laser marking machines are rapidly evolving in diverse industries globally. There are multiple ways that one can engrave materials... read more

What to look for while buying a laser marking machine

An ultimate guide in finding the ideal laser cutting machine